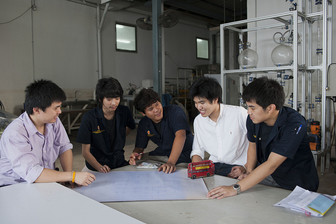 A former school building in Australia is about to be transformed into a "peaceful oasis" that's "both aesthetically pleasing and inspirationally welcoming," per a press release from the city of Moreland.

The Herald Sun reports on the planned redevelopment of the Saxon Street site in the Melbourne suburb of Brunswick, which will begin in 2023 and be completed by 2024.

Per the release, the site, which has been home to a contemporary art gallery and community center since 2016, "is not fit for purpose, and consequently, many of the facilities are now unsuitable or have grown tired and run-down."

The redevelopment will include large open areas for outdoor events and recreational activities, a new community-use facility suitable for occasional childcare, creative production and exhibition spaces at affordable rates for artists, a hospitality space, and improved connection to the nearby Brunswick Baths.

The release notes the site will maintain its "low-cost, carbon-neutral creative community facility that offers affordable and flexible meeting and education spaces for the people of Moreland."
Read the Entire Article