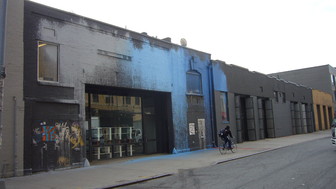 If you're an artist in New Bedford, Mass., there's a new campaign you might want to check out.

It's called "Love Letter for New Bedford," and it's designed to tell the stories of local artists in a way that's friendly and inclusive, the Boston Globe reports.

"We are so lucky to have creative, extraordinarily talented individuals who also really care deeply about the community that they live in," saysMargo Saulnier, director and creative strategist for New Bedford Creative.

"I oftentimes hear people think or feel that they aren't an artist, so they aren't creative," Jasmyn Baird, senior creative fellow at the New Bedford Economic Development Council, adds.

"And I think through this campaign, we're demystifying that fact and bringing more unity into our community."

So far, seven "ambassadors" have signed up, including Iva Brito, a native of Cabo Verde who performed and spoke throughout the US in the women's rights anthem "Take Back the Power."

Brito says she's excited to be a part of the campaign because it gives her a voice in the community. "The more people we get to the table, the more beautiful we can become." Read the Entire Article