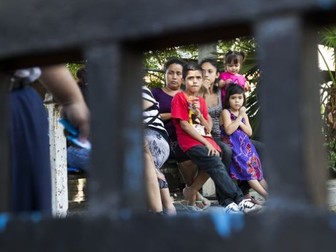 "We had been living off savings for awhile and I just happened to see the post," says Salem, Ore., artist Jane Malone. "I thought, yes I'm an artist and I'm resilient, so I threw my hat in."

Malone was one of 485 artists in Oregon to win a recovery grant from the state's Artist Resilience Program, which handed out $2.75 million in grants to help artists who suffered financial hardship during the Covid-19 pandemic, the Oregonian reports.

"In reaching Oregon's artists, we know we are not only supporting these individuals financially but also enabling them to continue their creative careers and enliven the cultural environments of Oregon," says Brian Rogers, executive director of the Oregon Arts Commission.

Malone says she plans to use the money to continue making art.

"I have thick outlines in a lot of it and I just saturate with color," she says.

Malone, who moved to Oregon from New Mexico about 10 years ago, says her work reflects what she sees in Salem. "It's crazy that people grew up here and it's like, you live in paradise but to them it's just a Tuesday," she says.
Read the Entire Article