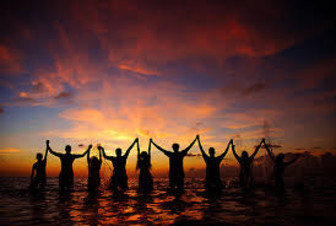 "We are competing with beaches and palm trees," says Sofia Vollmer Maduro, the director of programs at the Society of the Four Arts in Palm Beach, Fla., after a "Shark Tank-like" event where cultural arts professionals from around the world pitched their ideas to local leaders.

The idea that won the June 17 event was "Take Part in Art," a proposal that would bring the arts to a predominantly black neighborhood in the city, the Palm Beach Daily News reports.

The idea, which would reward children with stickers and prizes for visiting area cultural attractions such as the Norton Museum of Art and the Palm Beach Zoo, was chosen by a panel of five judges.

The Global Leaders Program's Innovation Exchange Residence was the first time the program has been held in the US.

Participants from 19 countries were paired in groups of 10 with leaders from Palm Beach County cultural organizations during five days of brainstorming.

Their goal was to craft practical solutions to overcome obstacles the local cultural organizations face such as not reaching underserved communities, failing to collaborate with each other, and finding ways to boost attendance by attracting people outside of their regular attendees.

The event has been held in Poland, Mexico, and twice in Chile.

"We need to find ways we are continually reaching out and finding people." Sharks Hilda Ochoa-Brillembourg, founder and chairman of Arlington, Va.-based Strategic Investment Group. Read the Entire Article